The endocannabinoid system (ECS) is responsible for regulating an array of physiological processes that are instrumental in maintaining health, was discovered less than 30 years ago.

While there’s evidence that cannabinoids have been used for their medicinal properties since the Stone Age, it wasn’t until the mid-1990s that scientists began to understand how they encourage healing and homeostasis. 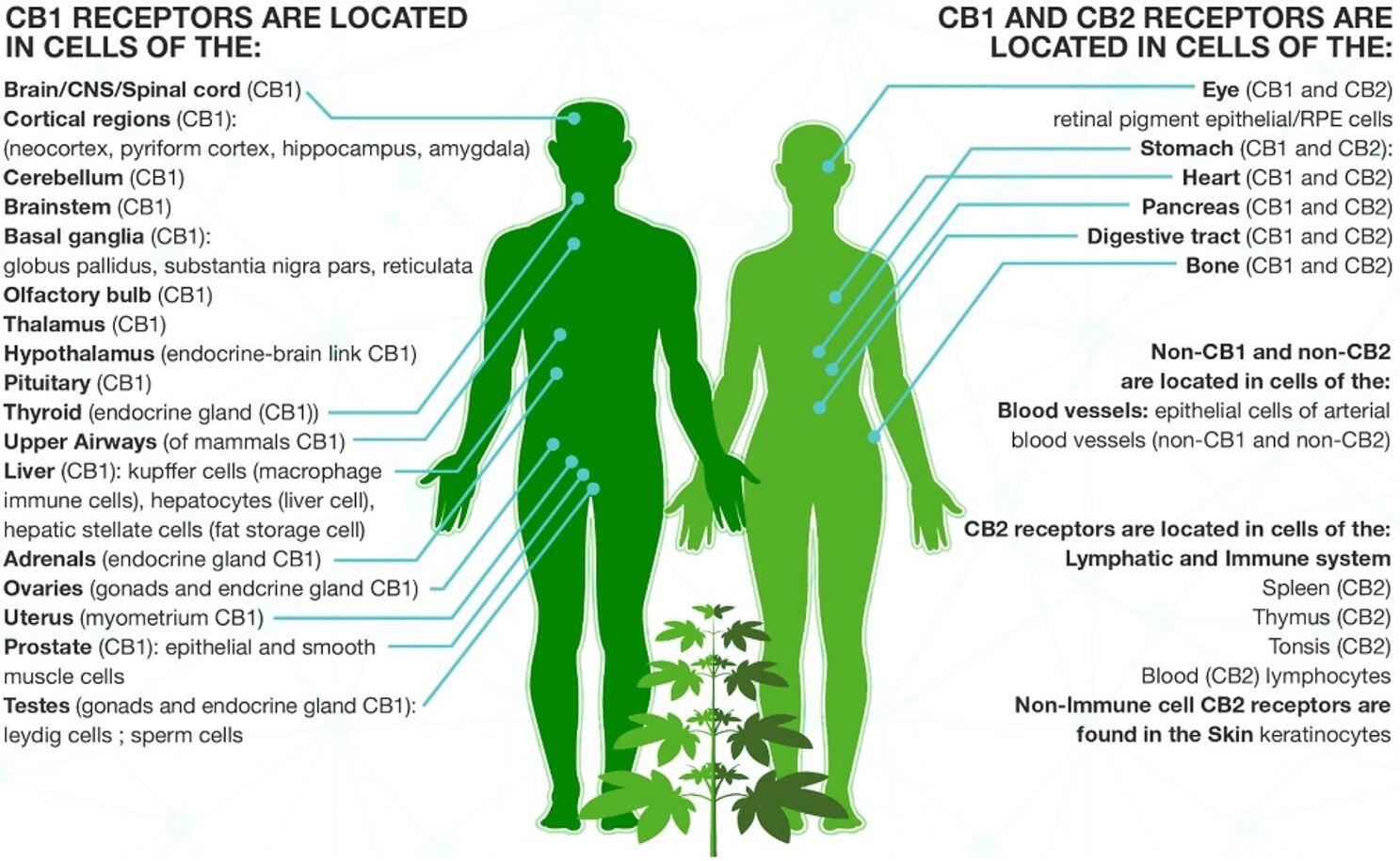 The endogenous cannabinoid system—named for the plant that led to its discovery—is one of the most important physiologic systems involved in establishing and maintaining human health.  Endocannabinoids and their receptors are found throughout the body.

The endocannabinoid, short for “endogenous cannabinoid” or ECS system is a chemical communication system with the goal of maintaining homeostasis.

In simple terms, this particular system is responsible for helping our cells obtain and maintain optimal health by keeping them stable.

Just as the musculoskeletal system has key components—your muscles, bones, cartilage, tendons, ligaments, joints, and other connective tissues—the same is true of the ECS. However, it’s a little less complex in that it only has three: cannabinoid receptors, endocannabinoids, and metabolic enzymes.

Cannabinoids, such as CBD (cannabidiol) found in the cannabis plant, help to maintain a homeostatic balance at every level of biological life.  This includes our collective human relationship with the external environment.

Since the ECS plays a role in neurogenesis (new brain-cell growth), the plasticity of our brain is influenced by the promotion of humor, creativity, open-mindedness and the ability to grow past limiting behavior patterns.

Endocannabinoid receptors are found all over the body, including:

And Vertualy all of the body’s organs

Chronic stress weakens and damages the normal function of the ECS. To stimulate the natural release of cannabinoids (which your body already produces), you can participate in mind-body practices.   An easy way to stimulate the ECS is through cannabimimetics (cannabinoids from plants, such as CBD) in the form of CBD Oil Drops.

Are humans the only type of life that has an ECS?

We operate at peak levels when we feel normal and properly balanced. Being sick or unsettled (at any level of being: mind, body, emotions, etc.) is unnatural.

Our most normal and natural state of being is strength, health and happiness.